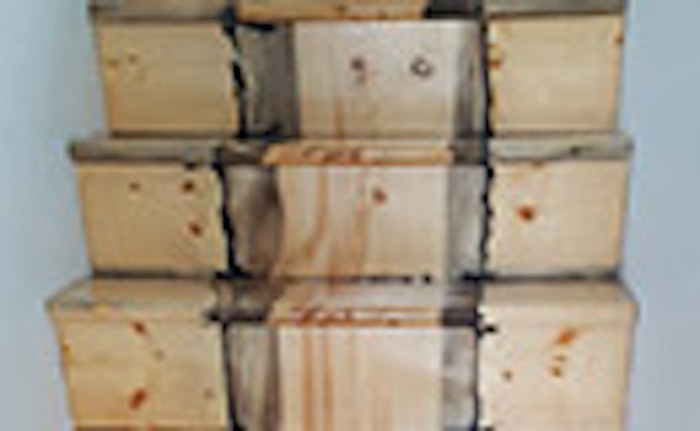 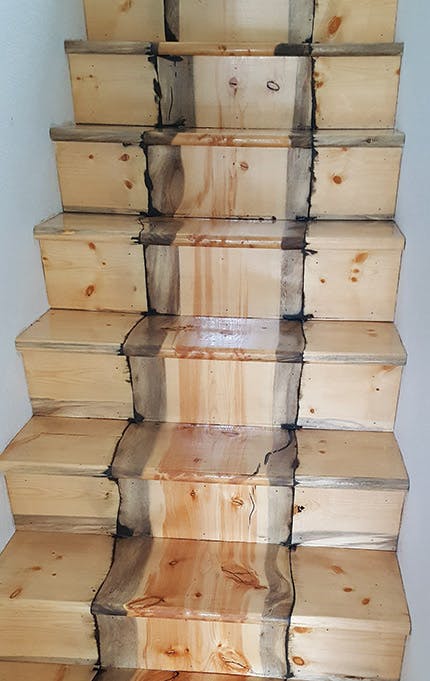 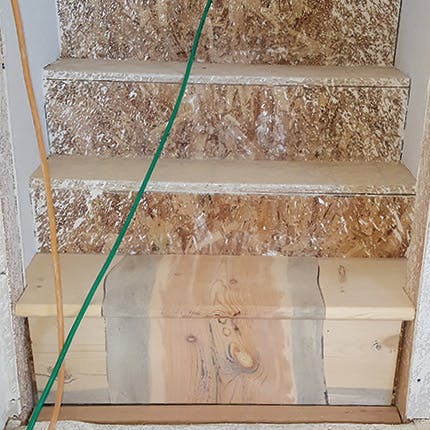 Ever since Jeff Ullum of Custom Floors by Jeff Ullum in Greeley, Colo., saw the viral sensation and award-winning live-edge stairwell by Real Antique Woods in 2015, he had an itch to do a similar project. In 2016, one of his customers let him scratch that itch. While the original version was done in black walnut, Ullum chose wood from his region—beetle-killed pine, purchased from a local mill in two 16-foot slabs. Working in the living room of the home, Ullum cut a 20-inch-wide piece from the slab for the first riser. Then he cut the two adjoining boards. Once they fit, he removed and sanded the pieces before gluing them in place. Ullum filled the cracks between the slab riser and plain boards with black filler applied with a heavy hand to boost the rustic aesthetic of the floor. Ullum worked his way up the steps—riser, tread, riser, etc. The stairs were finished with three coats of oil-based polyurethane. The project took five days, from framing the stairs to finishing, but Ullum says it felt much quicker. "I enjoyed every bit of that project," he says. So, too, did the wife of the house. "The homeowner's wife gave me a huge hug," Ullum says. "She just loved it."

How We Became a Hub for Sustainable Flooring Products 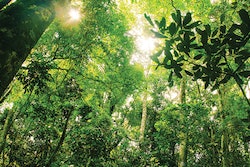 How Do You Know Which Exotics Are Really Sustainably Harvested?