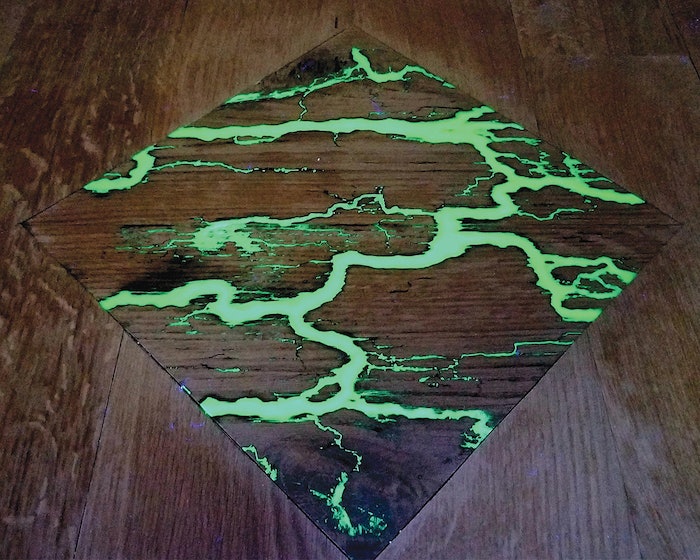 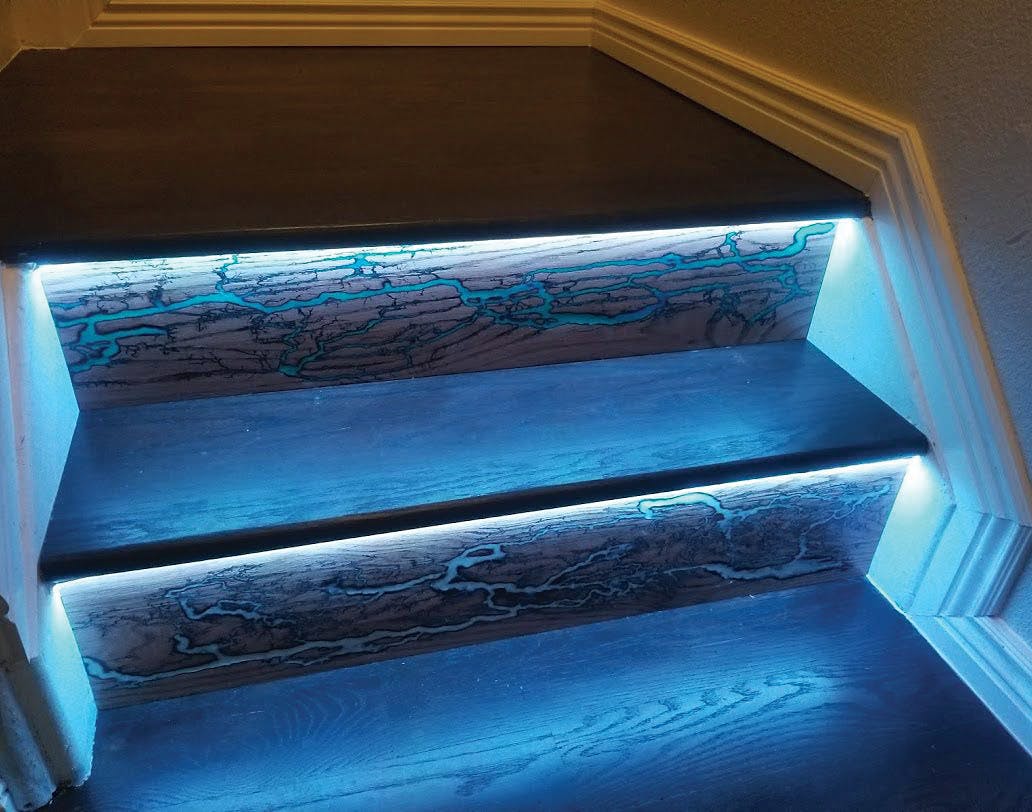 Wood floor pro Mike Wong blames his childhood for his obsession with things that glow in the dark. "I'm an '80s baby," he says, "so I've always liked neon colors." It was the "glow in the dark" options for fractal burns that drew him to the electrifying technique in 2017. Fractal burns, also known as Lichtenberg figures, are created by sending a high voltage of electricity through wooden boards, producing captivating lightning-like patterns.

Wong, who owns Denver-based Calabrese Flooring Co., uses water mixed with baking soda to create patterns on the wood before it's zapped. It's as dangerous as it is epic, and Wong uses thick rubber mats and gloves when performing the technique. "It definitely has to be done outside, because it is like a small fire," he says. When the fire's out, Wong takes a wire brush to the boards to knock off any loose char and deepen the veins. Then comes the super-gloss, ultra-clear epoxy, which can be mixed with any colored glow-in-the-dark pigment. Wong lets the poured epoxy cure for two days before installing the boards. He then sands the epoxy-covered boards using 100-grit on an edger. "It's kind of a delicate process, but it's also got to be aggressive to get the epoxy off," Wong says.

The completed boards can then be coated, and the epoxy gets charged with a UV light Wong also installs. The technique, which Wong bills as "Calasmoke," has begun growing in popularity worldwide, and Wong has incorporated it into floors, mantels and staircases. His latest project was installing four Calasmoke medallions in Palo Duro's Denver showroom. The best part is seeing the client's reaction to the unique boards, Wong says—but pleasing that inner '80s kid doesn't hurt, either. "It's definitely different," Wong adds. "And it's fun." 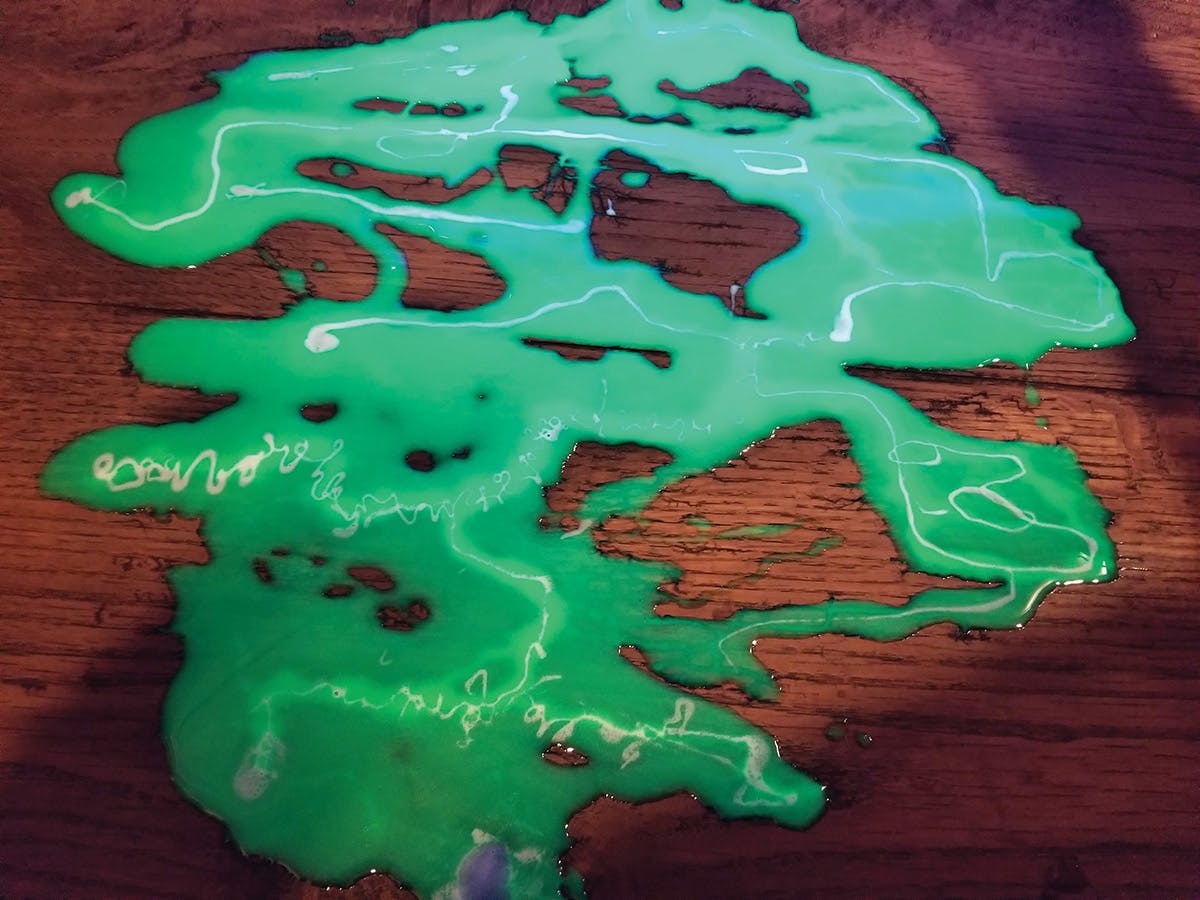 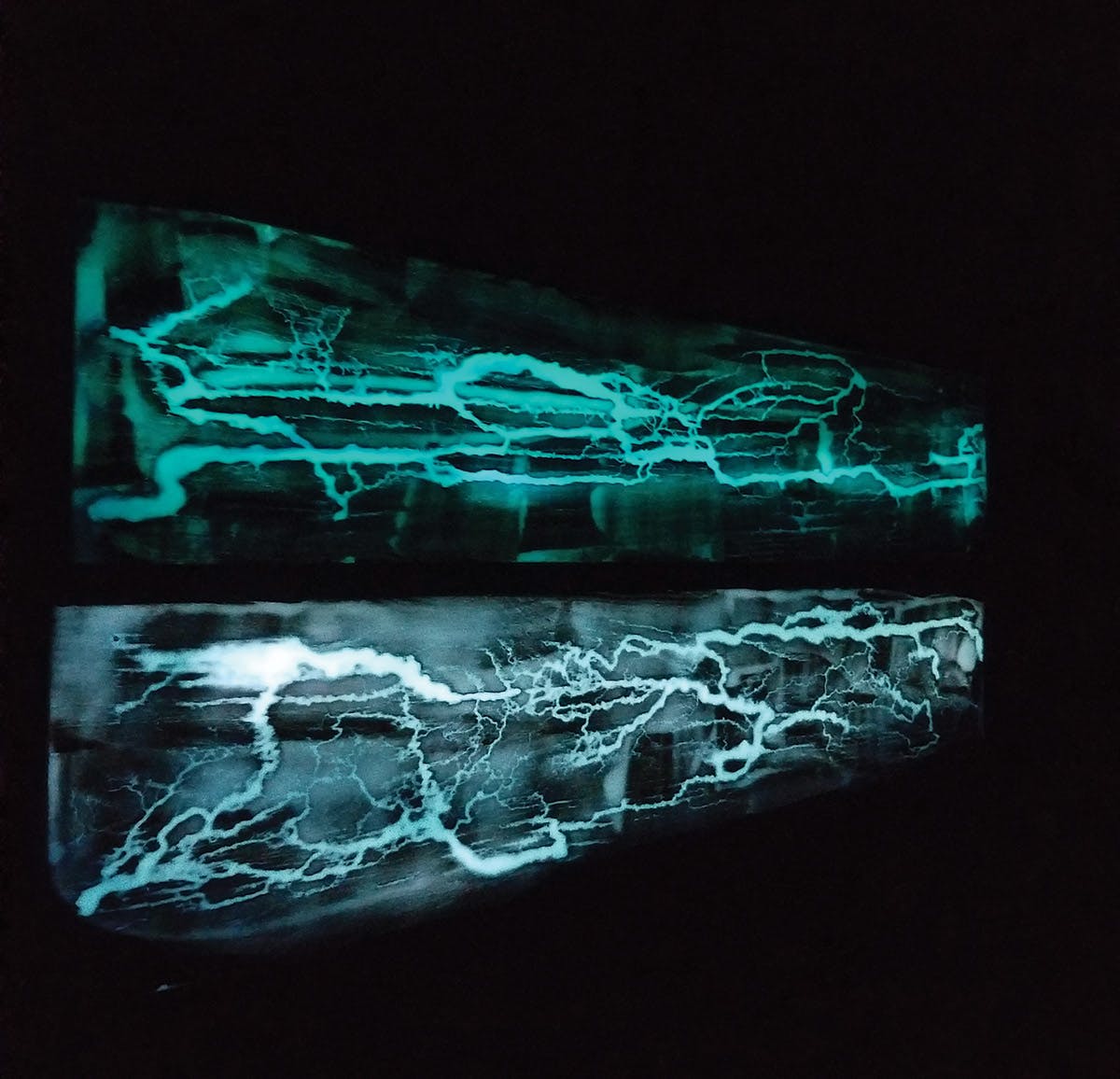 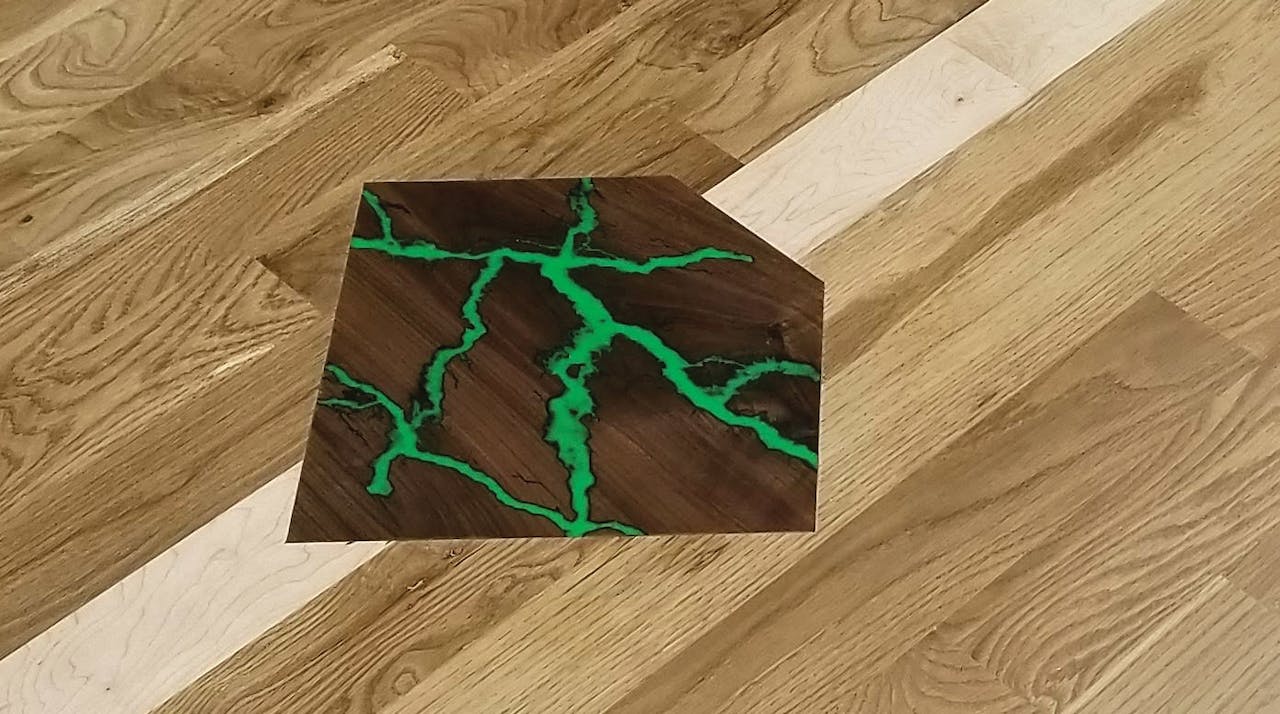 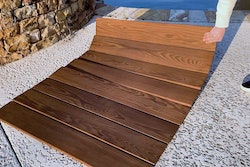 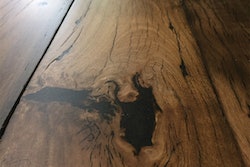