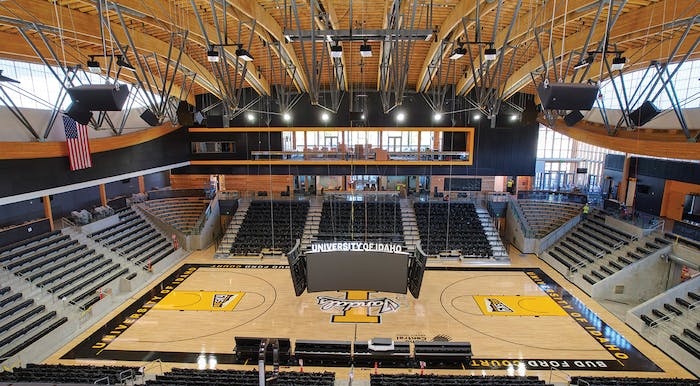 Courtesy of University of Idaho

When you’re building the first mass timber building in Idaho, you’ve got to make sure the hardwood floors will hold their own amid the impressive wood-lavished architecture. And that’s exactly what Deer Park, Wash.-based Northern Hardwood Company did for the two new basketball courts they installed at the University of Idaho’s stunning Idaho Central Credit Union Arena. The structure, made primarily of wood harvested in Idaho, includes two permanent maple courts—a practice court and performance court—featuring paint and water-based finish, says David Shourd of Hoffman Construction Company, the on-site project manager. The arena is located in Moscow, Idaho, and also pays homage to the university’s older portable court, as Northern Hardwood installed the older pieces as floating floors in offices and the reception area. But whether it’s old or new, the arena’s all-encompassing wood comes together for a spectacle befitting a locale known as the Gem State. “You’re standing down on the court and you’re just surrounded by wood,” says Shourd, “below you, above you, next to you.” 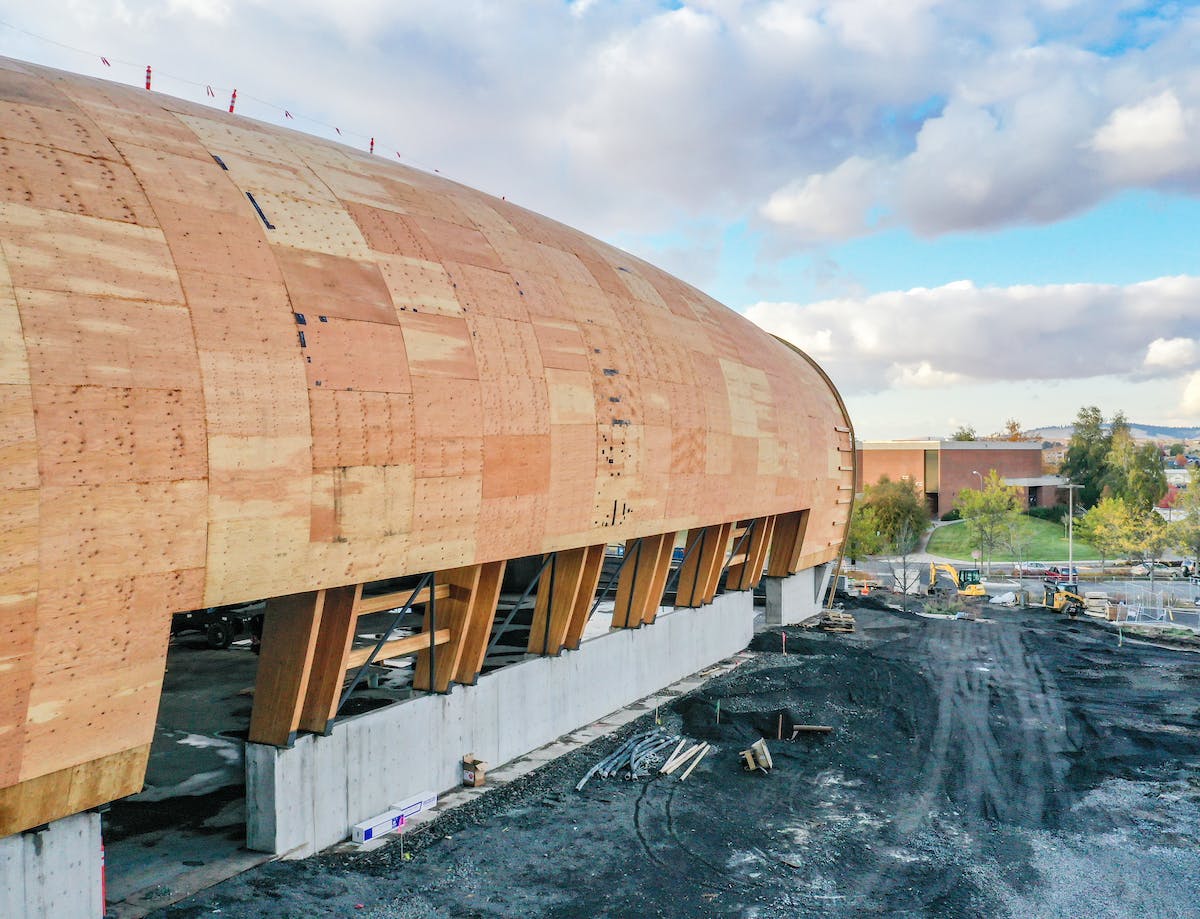 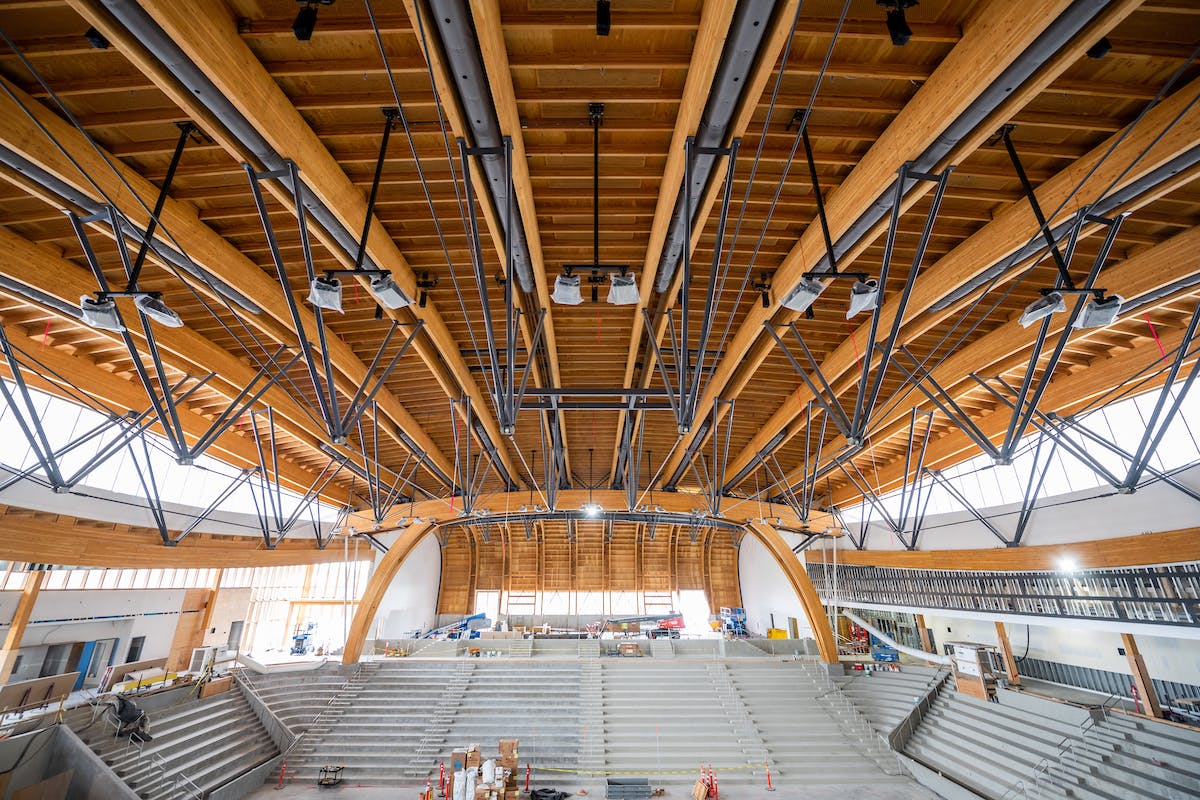 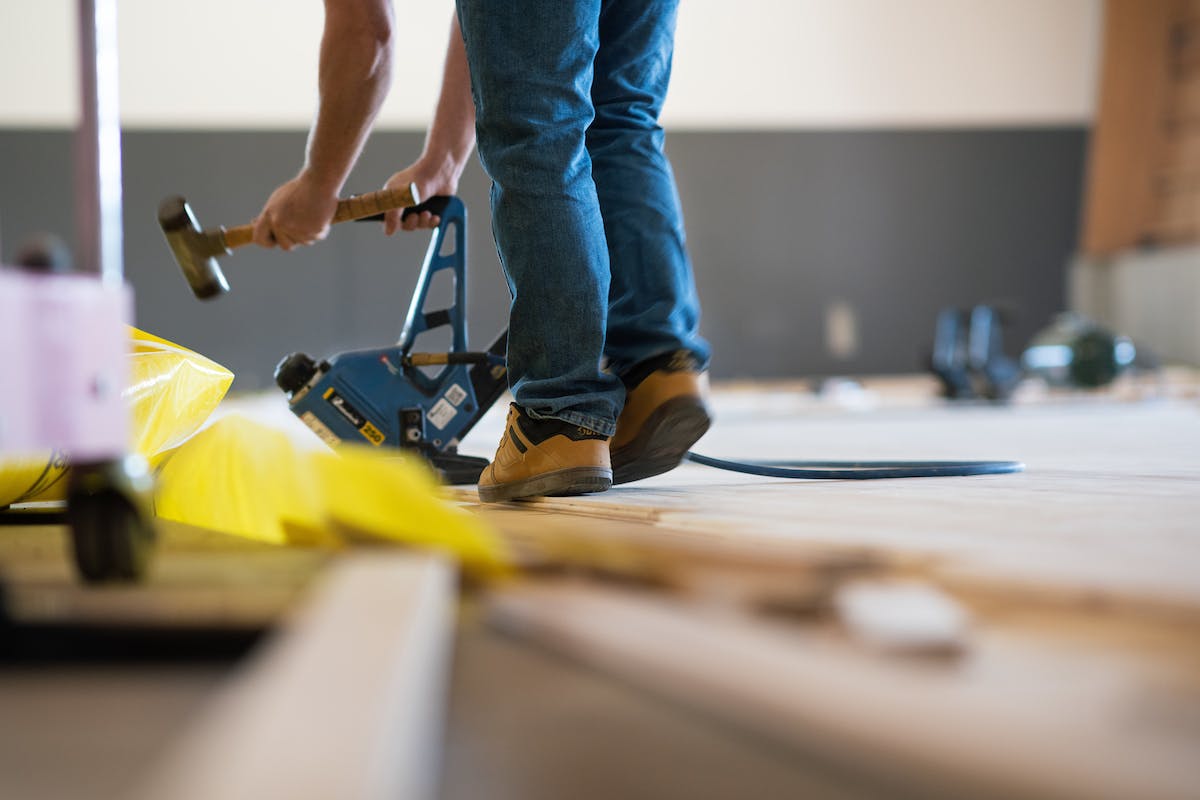 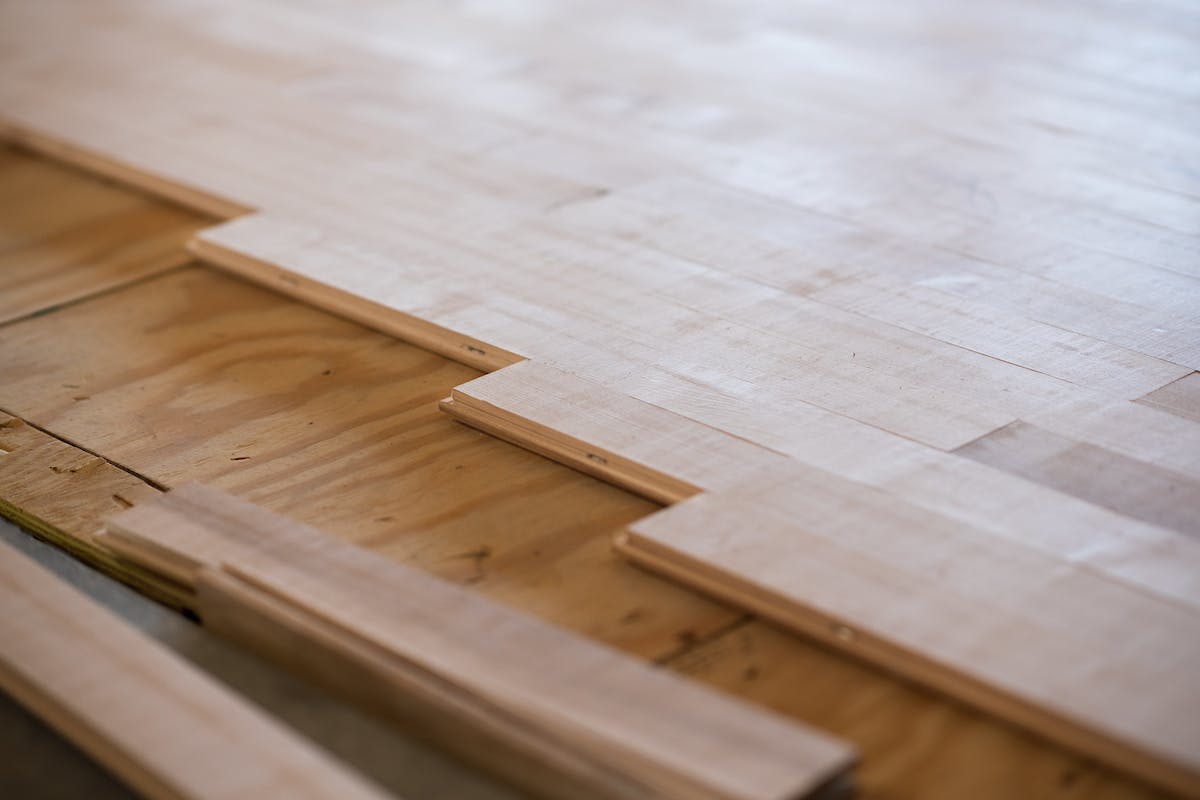 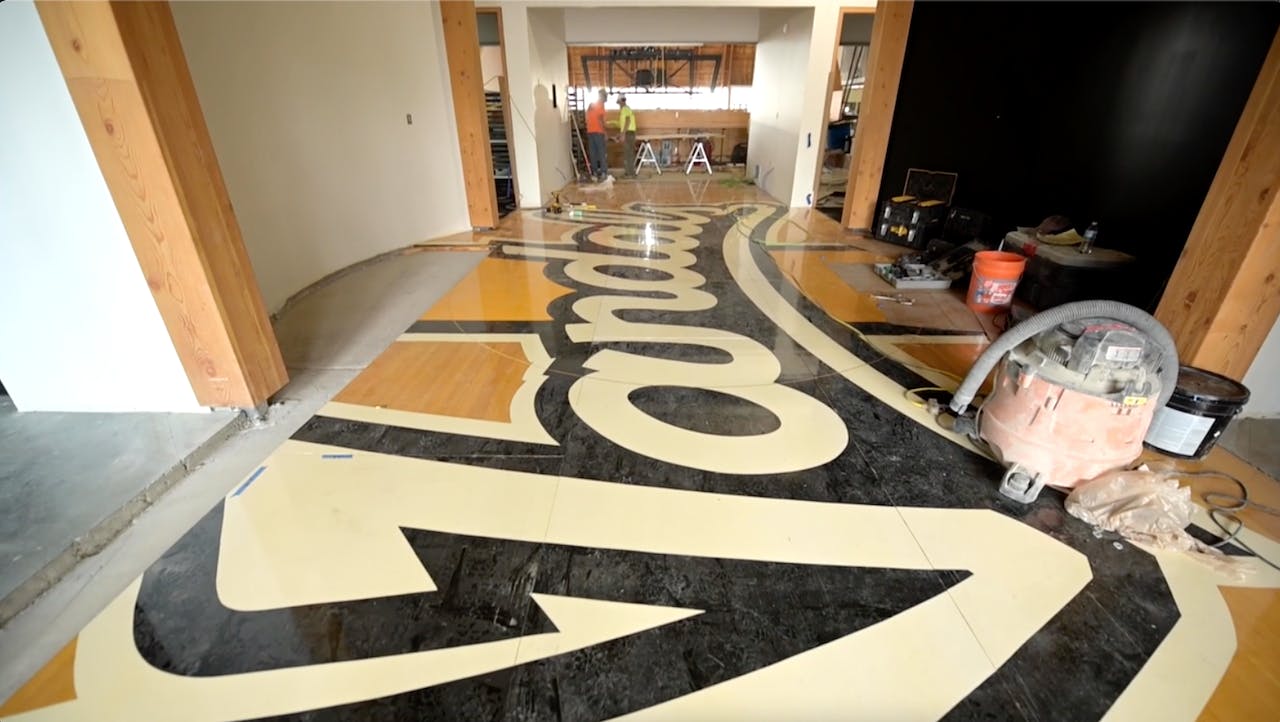 The arena's older court was reclaimed and installed elsewhere in the new facility. 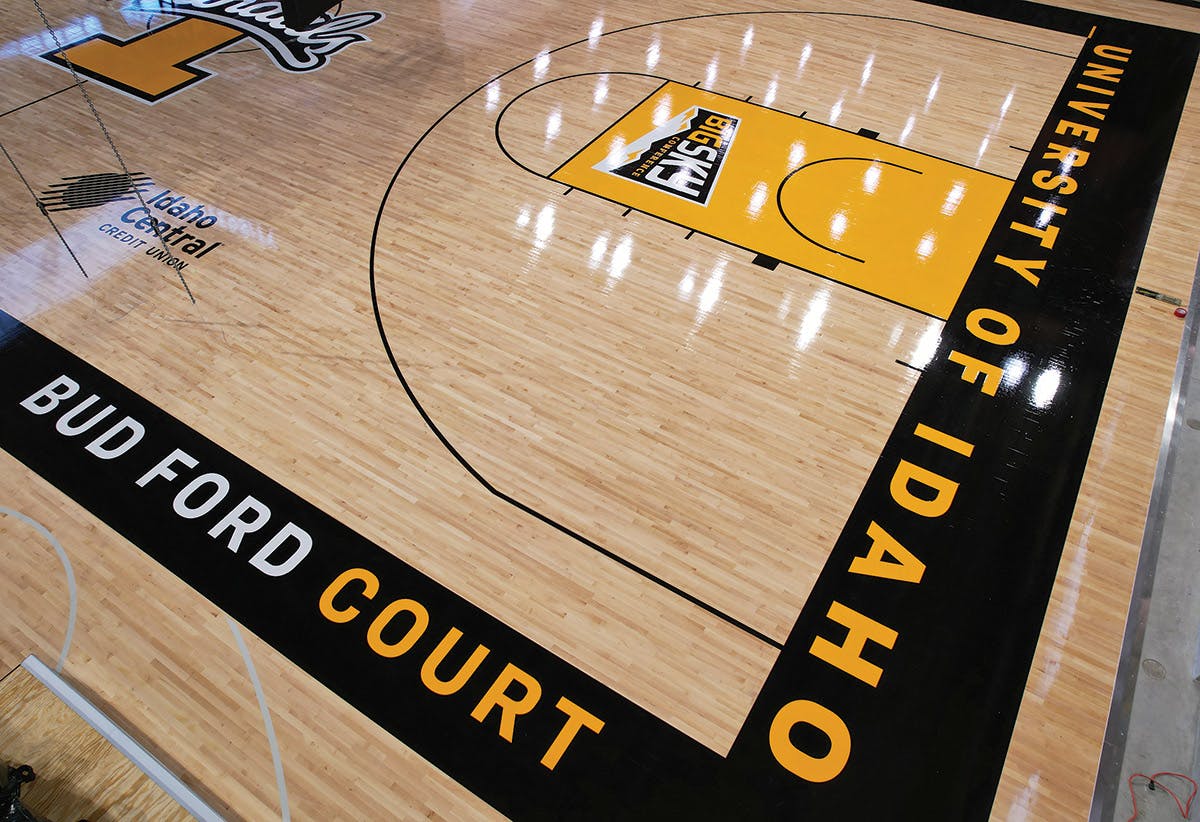 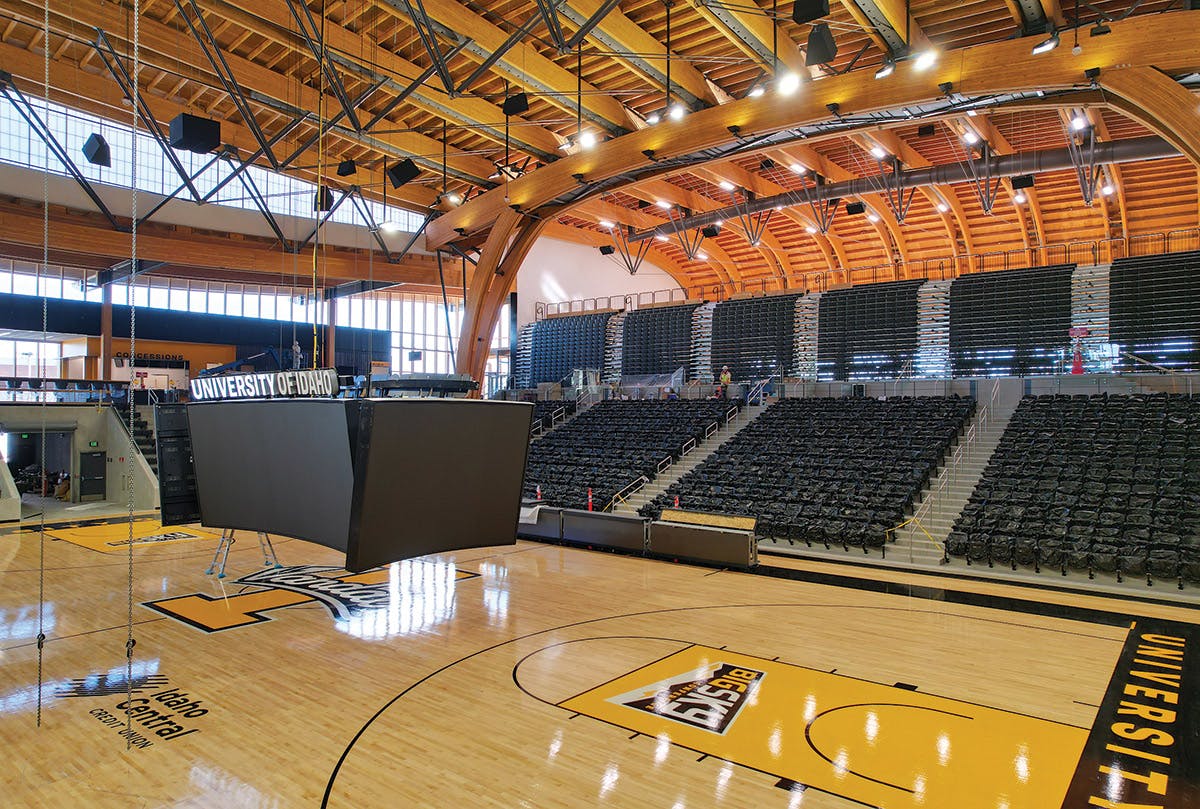 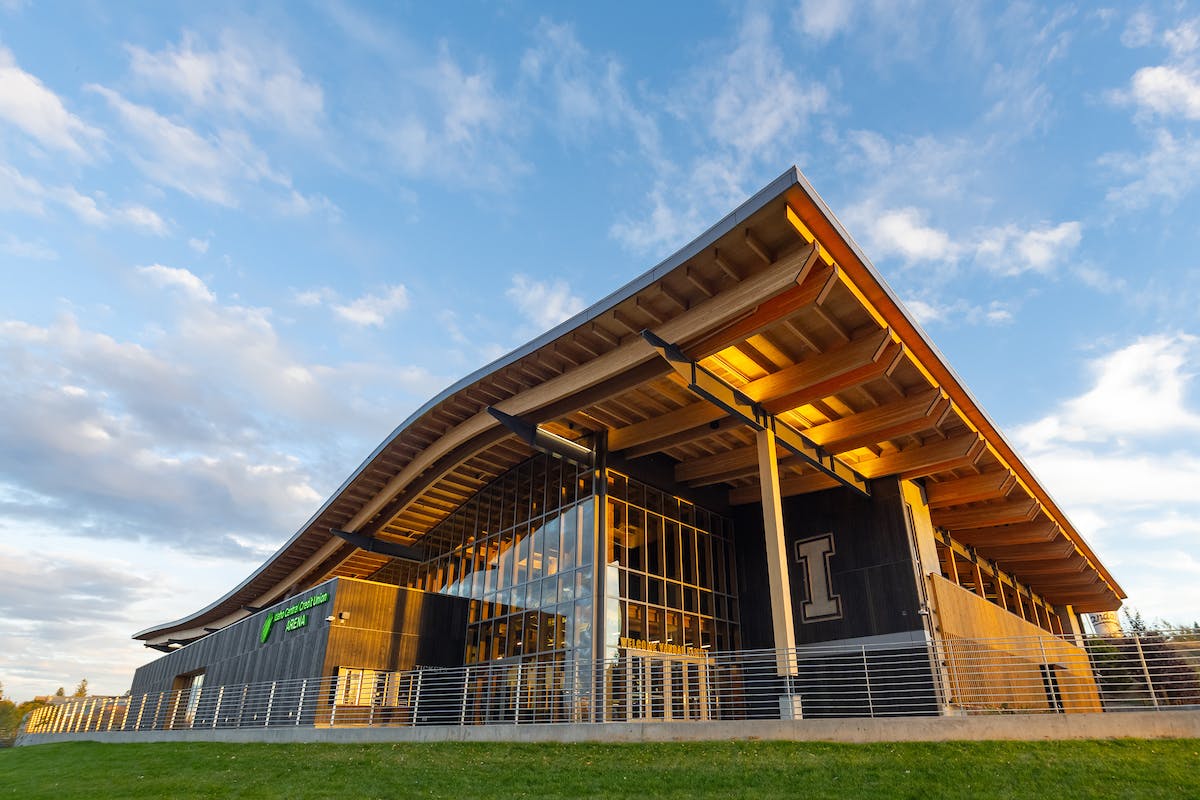 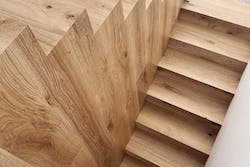 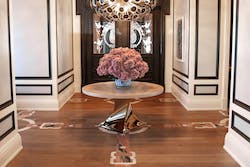 Up For The Challenge: See the Winning Floors of the 2022 WFB Design Awards 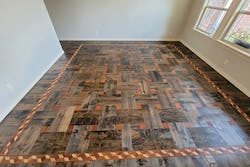 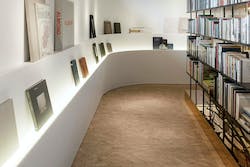 Wood Floor of the Week: End Grain Floor Blends Old And New In An 18th-Century Dairy