A Pixelated Herringbone-Cement Transition at a South African Brewery 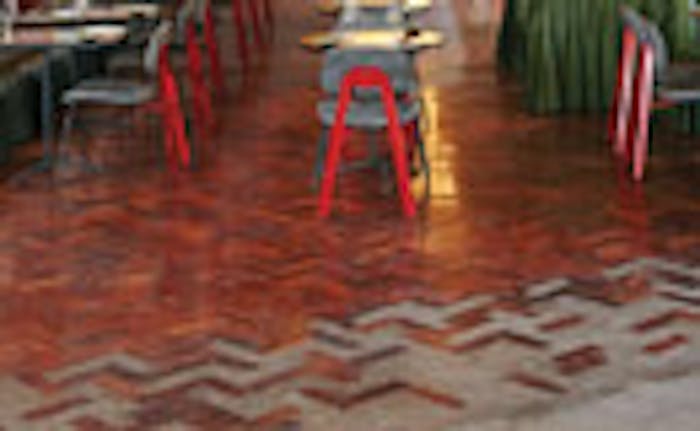 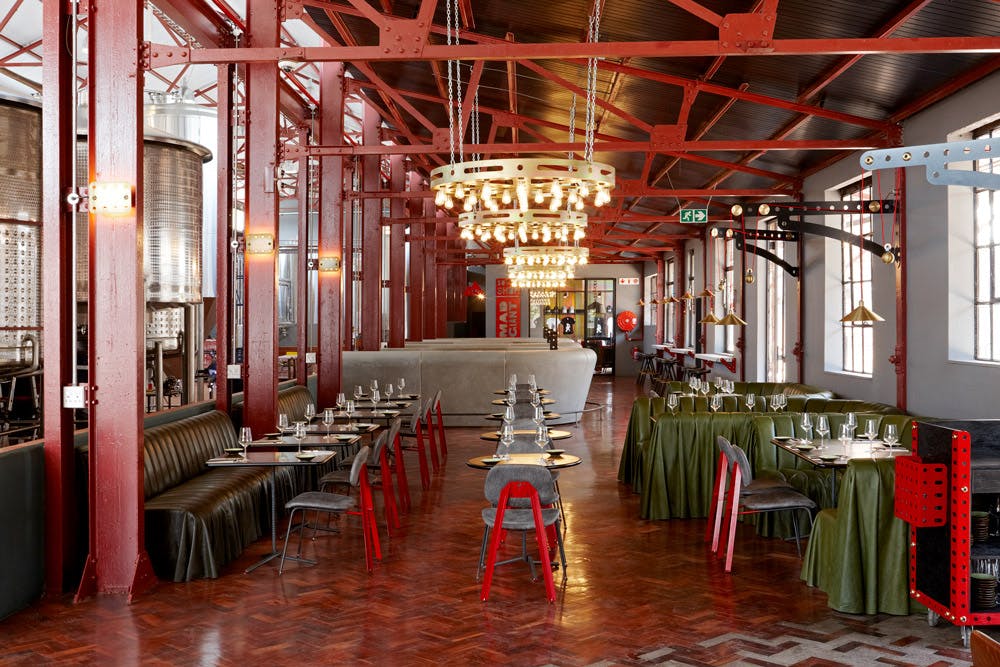 The wood floor that was to go inside the Mad Giant brewery in Johannesburg, South Africa, was already going to be a showstopper. The plan called for a gorgeous salvaged red Zimbabwean teak herringbone in the brewery's dining room. But designer Haldane Martin, founder of the eponymous design firm, wanted to make it even more visually appetizing. Where the floor transitioned to concrete in the brewery's more informal beer hall, he favored a "pixelated" look, whereby the herringbone wood planks are gradually displaced by concrete the farther into the beer hall one goes, until the floor is all concrete. "It was difficult to execute, but much more visually appealing," Haldane says from his office near Cape Town, South Africa. First the 9-by-3-inch herringbone planks were glued down to the concrete slab. Then the pixelated portion of the pattern was glued. Finally, concrete was poured 7⁄8 inch thick—as thick as the wood—into the beer hall area and, carefully, around the pixelated herringbone. The tight fit was possible because Zimbabwean teak is ultra-dense, with little movement, Haldane says. The effect looked fantastic and suited the overall design, which balanced elegant materials like leather and polished silverware with steel beams, rebar and Erector Set-inspired décor. "We're very happy," Martin says. "The client is ecstatic about the end result, and we're getting a lot of good publicity about it." 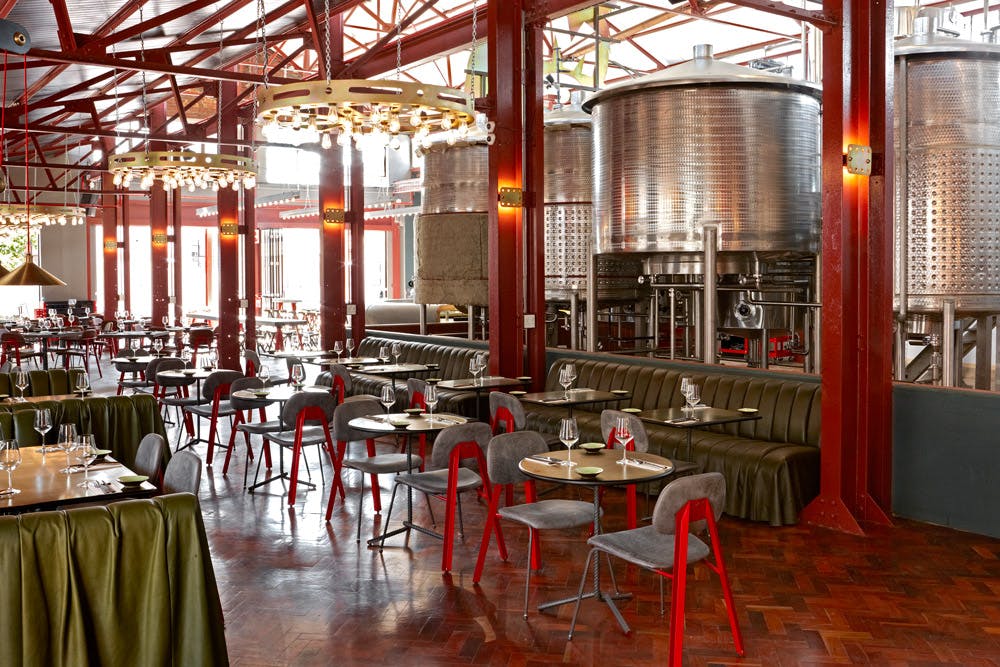 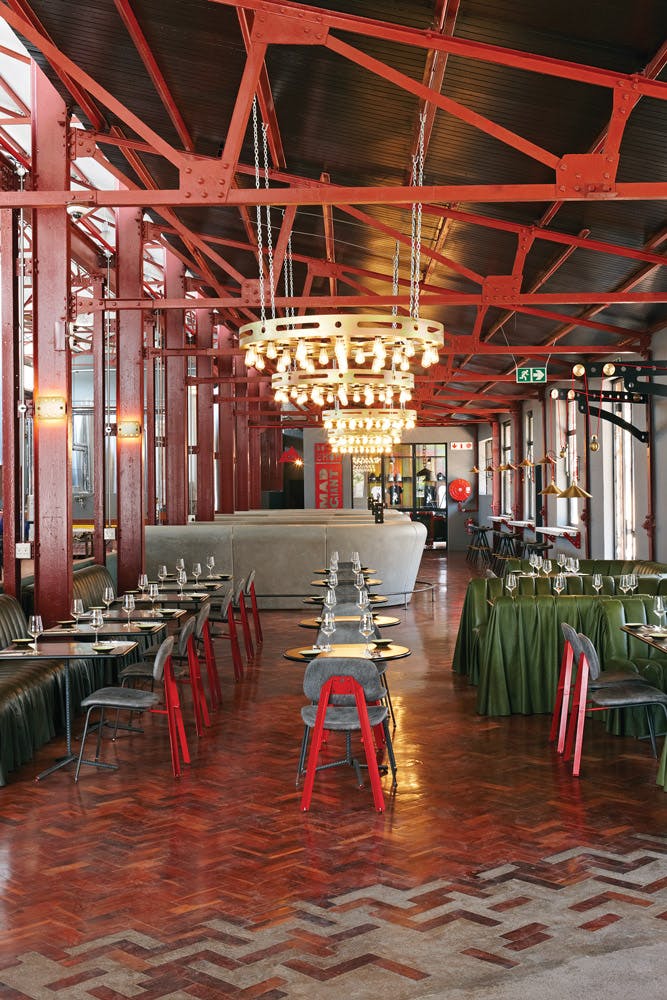 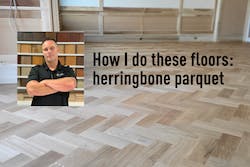 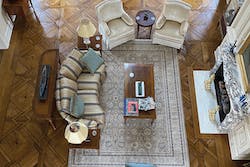 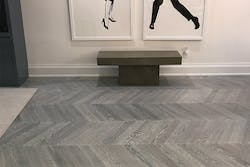 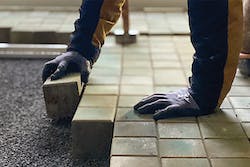