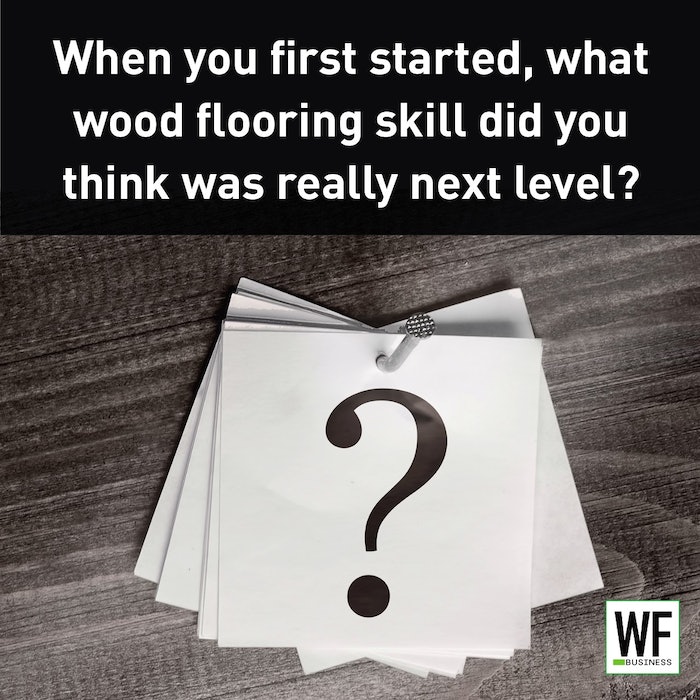 WFB asked followers on Facebook and Instagram to name what wood flooring skill they considered “next level” when they first started in the trade. Here’s what they said:

Applying moisture cure on a warm rainy day with no environmental controls.

Watching my uncle and dad install top-nail strip without any power tools, just a backsaw, hammer and manual Cavanaugh nailer … and so fast.

By far it was the skill and precision use of bandsaws in crafting unique, one-of-a-kind inlays, which are now mass-produced with lasers.

Watching my ex-boss run a floor nailer; he was so fast it sounded like a machine gun going off in short bursts.

Getting the scraper sharp!

… Telling someone else to empty the bag.

Learning to run the business.

Any planetary or satellite was like, wow. Water-base was another product that really made a difference.

Knowing the species of wood that you’re gonna work with and knowing the sequence of sanding! No cut corners here.

I second learning to sharpen the scraper.

Apprenticed in Germany. Watching the Meister run base and making absolutely precision cuts with a 30-year-old hand miter box. Inside/outside corner, didn’t matter. His cuts were perfect. No guide, he did it all by feel and eyeballing it.

Running the “big machine!” When the lead guys left for lunch or something, I would jump on and grind away. In fact, I got stuck on something and ended up having to replace 4 boards. We ran a 12-inch.

I started in ’93 and, being a newbie, I’d say it was mixing up filler with the stinky stuff wood dough and stains. Even only having a small sheet of stain samples back then and an old-school boss who told customers what they were getting, hah!

Not getting pinned by the buffer!

Loading the paper on a 12-inch drum sander without it rattling or blowing up. All eyes on the new kid.

Getting out of my own head and realizing I could ask for as much or more than my competitors.

Being quick at the manual nailer; then air-powered came along.

When my dad bought an air trim nailer, also when he bought a used table saw. We had been using a skilsaw upside down in a bucket with the trigger wired on.

Controlling the buffer and it not controlling you—so many new guys pinned into the wall.

Staining with a buffer.

Stairs. I always thought stairs were my worst nightmare until I got suckered into doing them. I did a few sets and my confidence went way high. Learned a lot along the way. A few bad treads but I have done a lot of stairs now, and I actually enjoy it. 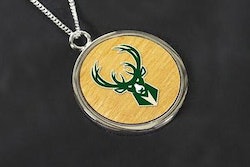