Housing starts declined 0.7% in October to an adjusted rate of 1.52 million, the U.S. Census Bureau reported. Year-over-year, housing starts were up 0.4%.

"Single-family permit data has been roughly flat on a seasonally adjusted basis since June due to higher development and construction costs," added NAHB Chief Economist Robert Dietz. "Demand remains solid but housing affordability is likely to decline in 2022 with rising interest rates."

Regionally, housing starts declined 0.8% in the Northeast, 1.0% in the South and 3.3% in the West. Housing starts in the Midwest increased 5.6%. 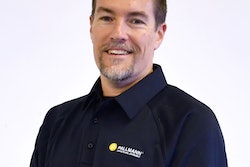