Before co-founding Showroom Pricing, a service that provides floor pricing updates via QR codes, Kristen Stensby worked at Champion Floor Company, her family’s retail flooring business in St. Louis. There, she was responsible for pricing the showroom floor—not always an easy task, particularly in the past few years. “Whereas we used to see quarterly price changes or annual price changes, it was getting to a point where there were two price updates in one week,” Stensby says. Faced with a changing pricing landscape, she began seeking out alternative methods for keeping the showroom priced accurately—and quickly.

After trying and failing with a couple different systems, Stensby and Champion decided to look into QR codes, a type of barcode that can be scanned using a smartphone and where, conceivably, prices could stay updated digitally. They tested out a QR code system designed for restaurants, but it didn’t work. Stensby then turned to a couple of IT-savvy friends, Jason Smith and Dave Holy, who soon realized, to their own surprise, that the software Stensby sought didn’t exist. So, they built it.

Champion was the testing ground for the new software, says Stensby: “It was just so game-changing for us, I said, ‘You know what, I think we can turn this into a company; I think we can make this something that other flooring stores can benefit from.’” Stensby left her job at Champion and incorporated Showroom Pricing at the beginning of 2021 with Smith and Holy as co-founders.

There are two ways for customers to get prices into the Showroom Pricing software, Stensby says. In the B2B version, Showroom Pricing is able to manage all the data on its end by pulling in updates from companies such as Shaw into the software. For non-B2B businesses, a customer can take the price lists from vendors and drag and drop them directly into the software. “It will read it and make adjustments to anything that needs adjusting price-wise,” Stensby explains. “We try to make it super easy for someone who’s not tech-savvy.” This year, the company became part of the Shaw Flooring Network as a preferred vendor and has worked with flooring retailers from Boston to L.A.

Stensby says having a flooring retail background helped her build a service she would have found useful in her previous position. “We are a no-contract, month-to-month service,” she says. “I've really tried to build the type of software for our industry that I would want to buy as a retailer.”

Meeting and working with other retailers around the country has also enabled the company and its software to change and update with the different needs of different stores, Stensby adds.

"I've enjoyed learning more and more about the industry and about what's working for other flooring showrooms,” says Stensby, “and I think that also helps our business make changes, and make more options available.”

See a video of Stensby explaining the product here:

How We’re Adapting to the Latest Credit Card Scams 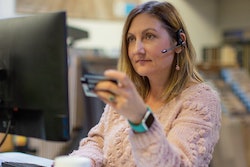 How We’re Adapting to the Latest Credit Card Scams 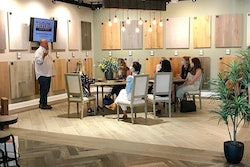 Pain and Joy: How We Turned Around A Company In A Recession 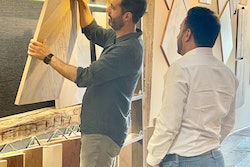 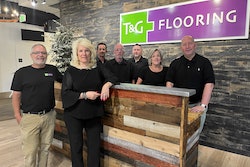