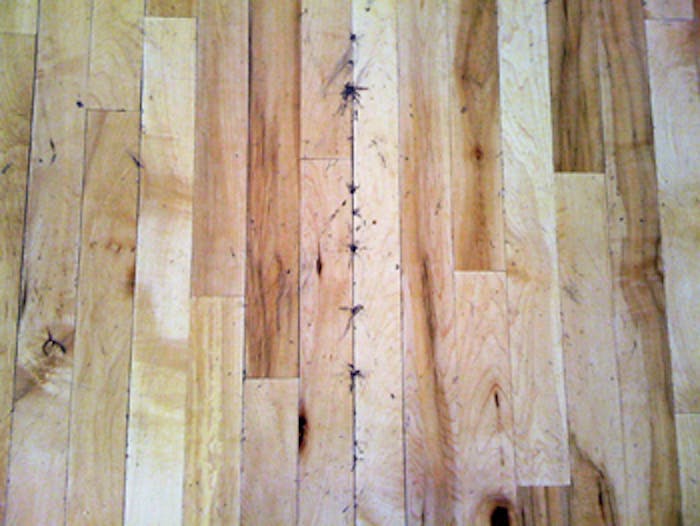 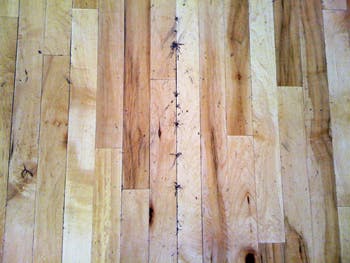 An old gym floor in the Southwest was resanded and coated with poly, but the finish was peeling off. A second attempt at resanding and finishing the floor resulted in poly beads emerging from the floor.

A contractor had been hired to recoat a community center's maple gym floor that was about 50 years old. The specs for this finish system called for two coats of an oil-modified polyurethane sealer and two coats of a high-solids poly. Once the floor dried, the finish began peeling off in huge sheets, just like a bad sunburn.

A second contractor was brought in to fix the floor. That crew saw that the topcoats were separating from the sealer coats; it looked like the sealer had hardly been abraded (if it had been abraded at all). The second contractor resanded the floor and suggested using three sealer coats and one topcoat of the finish system but was told to stick to the specs and the schedule: two sealer coats and two high-solids topcoats, with only a day of dry time between the topcoats. The contractor was concerned about the dry time between the topcoats, so big fans were used to try to exhaust the solvents and speed the dry time. Not long after, the poly beads emerged; they looked dark since the dirt trapped in the gaps of this very old floor came up with them.

Poly beads can be caused by many factors; the industry has yet to pinpoint one particular cause. A likely factor on this job is the fact that high-solids poly is a viscous finish and needs lengthened dry times to ensure the solvents evaporate. Because this floor was old and had many big gaps, it gave the finish places in the floor to pool, where the finish then cured particularly slowly. Exhausting solvents is necessary, but in this case the extra ventilation may have caused the finish to skin over too fast.

Poly beads are not the end of the world. Although they are not typical in this arid region, in the rest of the country they are relatively common on newly resanded gym floors coated with oil-modified finish; as the floor moves it squeezes up the poly beads. When dealing with them, the first step is to let time take care of the floor. The floor must expand and contract for two to three weeks or sometimes even longer. Once new poly beads have stopped appearing, a rag dampened with mineral spirits can be used to wipe them off. Sometimes that is all that's necessary. On a floor as bad as this one, a plastic putty knife should be used to scrape off the beads before the mineral spirits are used, and then the floor can be screened and recoated. Many people try to hurry and screen the floor to cut the poly beads down, but that is the worst thing you can do-it opens up the poly beads, which are usually still soft in the middle, and smears the finish.

Best practices change over the years, and contractors and manufacturers both need to change with them. Although the standard for poly on gym floors used to be two sealer coats and two topcoats, when dealing with today's high-solids topcoats, the new standard is typically three sealer coats and one topcoat. If two high-solids topcoats are used, a long dry time-at least four or five days-is safest. In this arid climate, it's sometimes possible (though not recommended) to even put down two coats of regular poly in one day, but that should never be attempted with a high-solids product. 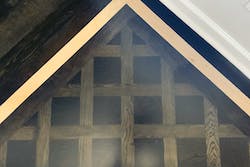 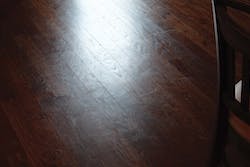 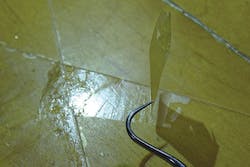 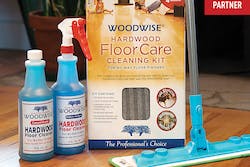