Michael Purser
Jul 17, 2019
The maroon pads that we take for granted today were a direct result of the advent of waterborne finishes. Not only are they good for intercoat abrasion, they are also great for cleaning a floor in preparation for recoating. In this photo you can see the amount of dirt and grime removed by the pad on the right before this historic floor was recoated.

Few products have had as much impact on the wood flooring trade as waterborne finishes. It was just over 30 years ago that they were introduced to our industry, and while they have consistently increased their market share, they also forced us to reexamine how we did things. The introduction of these finishes created changes that have made our work easier, safer and more appealing. The changes came from forward-thinking manufacturers, or to address a need that previously may not have existed. Today the following are just a normal part of our wood flooring lives, but they are relatively recent changes brought about directly because of waterborne finishes.

One of the first areas of concern with waterborne finishes was surface prep between coats of sealers and topcoats. Waterborne finishes raised wood grain and did not play well with the most popular forms of surface prep used in the late '80s, screen-backed discs and steel wool pads. Screen-backs, even worn ones, were too aggressive. Steel wool shed, which was very problematic, since we all know how little pieces of it react with water on a floor. To address this, waterborne manufacturers introduced and helped promote synthetic maroon pads. The pads offered more cushion, and the synthetic fibers in the pad followed the contour of the surface. The addition of hook-and-loop fine sanding discs that attached to the maroon pads created even finer surface prep.

The T-bar or snowplow applicator and the cut-in pads helped address another pressing issue—waterborne finishes need to go down fast and in greater quantity. Today we can add rolling the finish to the options, something that would have been unthinkable back in the day with oil-modified. These application techniques dramatically improved the efficiency and quality of applying these fast-drying finishes.

Waterborne finishes ushered in the "green" option to a messy and smelly trade. By eliminating the noxious vapors of traditional coatings, the working environment improved dramatically. This was a tremendous step forward, but there were other environmental hazards to deal with. For homeowners, dust may as well have been radioactive, because that's how they reacted to it, and it was always a PR hurdle to clear. It was Bona (then called BonaKemi) that stepped up to the plate with dust containment systems and challenged the trade to continue to clean up our act. The systems added to the cost of the project, but my experience with the systems proved to be positive and profitable.

4) The introduction of fast-drying stains

Another improvement is that waterbornes created a demand for faster drying stains. Early on, there were problems with waterborne finish over traditional stains that had longer drying times. The quick-dry or fast-dry stains we have today cut that down considerably, as the solvents flash off more rapidly, reducing the airborne solvents and providing a much more stable surface for the finishes to adhere to.

The idea that you could recoat an older finish was not a viable option until waterborne manufacturers opened the door to that market. Failure rates were high, mainly because the only option was to prep the floor with screen-backed discs, which often caused damage to the brittle finish and certainly did not clean the floor, so bonding and adhesion was often compromised. Basic Coatings understood that a surface had to be thoroughly cleaned, and this led to a cleaning combo that's still one of the best on the market, IFT and Squeaky. IFT was the workhorse at breaking up contaminants, and Squeaky cleaned that residue from the floor. This could be done using synthetic pads and a buffer or an auto scrubber. They sweetened the pot when they introduced TyKote, a bonding agent that helped improve adhesion on prefinished floors, hand-scraped or distressed surfaces, and mitigated concerns after removing acrylic accumulations. Today, cleaning chemicals in combination with maroon pads and/or auto scrubbers along with bonding agents have dramatically reduced failure rates.

By themselves, waterborne finishes were a dramatic and positive change from the oil-modified urethane that had been so dominant. For me, these innovative finishes spearheaded something of a paradigm shift in finish application. That has proven to be beneficial for contractors in improving job-site health and creating a product that homeowners actually want and approve of. Someone hold my beer while I tip my hat to those who were thinking ahead for the rest of us.

Why We’re Never the Last Contractor on the Job Anymore

Giving the Past a New Future: Tackling Historic Restorations

The Missing Link: Are You Skipping a Step in Your Recoats? 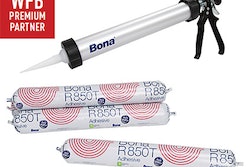 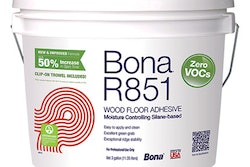 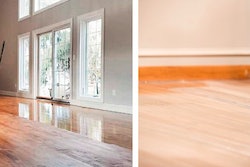 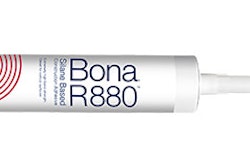