From the Humblest Beginnings to High-End Hardwood Flooring

Dago Orozco
Nov 17, 2022
Today my wife, Patricia, and son, Dago Jr., are an essential part of my business. Here we are in the showroom I opened six years ago.

I live in one of the most beautiful—and expensive—cities in the United States, and my wood flooring company has a showroom and specializes in creating high-end custom wood floors for the area’s wealthy residents, many of them movie stars. But honestly, this is nothing I ever envisioned happening in my life, and it might seem unlikely when you know how my life started.

My father owned a farm in Mexico, so I grew up between cows and horses and corn. I used to milk cows and go to school, and that’s where my life was heading … until my father passed away when I was 9 years old. My uncles took everything from my mom, so my brothers and I had to go to work to be able to bring money to my mom. We would work in different fields during the day and go to school at night.

That changed when I was 20, in 1985. I had an aunt in El Monte, Calif., in the Los Angeles area, and the plan was for me to visit her for one year to learn English. But after three months of me not being able to find a job, one Friday she put me on a Greyhound bus to Santa Barbara. I had a friend who lived there, but I didn’t know his address or his phone number.

When I got off the bus, I started walking and looking for my friend, but since I had no information for him I didn’t find him. When night came, I had to sleep under the freeway. On Saturday morning, a man who sold tacos and tortas in a local park was driving by, and he saw me and fed me, and then he fed me Saturday night, too. When I was still there on Sunday morning, instead of feeding me he asked if I wanted to help him sell his food in the park, and I told him yes. At the end of the day I asked him to drop me off at my “house”—my spot under the freeway—and he started laughing and said, “No, I’m going to give you work and a place to sleep until you find your friend.”

He also owned a Mexican meat market. I started working there for him, and six months later my friend walked in the market. After we were reunited I started having a more normal life and getting to know the city a lot more. On my days off from the meat market, I worked for a carpet store doing demolition, and after a few months I went to work for that store full time. A year later I became a carpet and vinyl installer and did that for 10 years until my knee was damaged and I couldn’t use the kickers. I changed to working on the hardwood flooring side of the business, and I loved it. Even just doing a little straight cut on the wood, I knew that this was what I wanted to do.

I learned installation there, but I wanted to get more skills with sanding and finishing. I wasn’t going to get any further where I was, so I started working for a company in Santa Ynez where I learned all of my skills for sanding, finishing, custom color and patterns. I was very happy working for that company, but when I bought a house on the south side of Santa Barbara, more than two hours away from where my company was located, the commute was too hard on me, and I decided to go on my own.

That moment felt like stepping off a cliff with your first step into just air—now where do I go? But my boss was kind, and he helped me get started with the paperwork and getting my own California state license. At first it was really hard to get jobs; I felt like because I was Hispanic and new they didn’t believe in me. I had previous clients who wanted to give me work, but I didn’t want to steal them from my previous boss who had been so good to me.

The one thing that I had in my mind was to be honest and do what said I would do. Eventually, I started building my own reputation and getting word of mouth from homeowners. The years went by, and I felt like I needed help, so I hired a helper. Then as he learned more and became a wood floor mechanic, I had to hire two more helpers: one for him and one for me. Also, my son, Dago Jr., left college to join the business and has been attending many industry seminars to elevate his wood flooring skills. That’s how we started growing, and today we have eight employees. Everyone who works here knows the skills from the ground up from our company—no one here has learned from another company.

The high-end part of the business grew gradually. We would do one or two jobs a year that had little designs, custom steps, wire-brushing, custom colors, etc., but now every single job we go into is high-end and difficult; there’s always something where I need to be extra meticulous. Six years ago I opened my own showroom, and my wife started working in the company to handle the showroom. Opening the showroom was another moment that felt like stepping off a cliff, but I would say just doing that got us 200 percent more jobs.

In this area, many jobs are for some of the biggest celebrities in the world, but I have to sign a contract that I don’t mention them in writing or show photos identifying their homes. Last year we did a job at a superstar celebrity’s home that is extremely famous, and when we were pulling the existing wood flooring up, there were security guards right next to us—they would take out the trash to make sure people wouldn’t be going through it to collect souvenirs.

Sometimes we meet the famous people, but usually we don’t. About 10 years ago we had a job at the home of a famous celebrity couple, and while we were working on the job we suddenly got pulled off because the couple wanted to be at that house. Two weeks later we got the call that we could come back, and we got paid for those two weeks we were waiting. On another job we had a completely different experience—the TV actor client wanted to help us do the job! He was very humble.

I never thought my life or my business would go this way; it was not even in my mind, but I believe in God, and that God is the one who put me in certain areas to learn what I know. If I had wanted to be where I am from the beginning, I don’t think I would have made it, because I would have been pushing to have it instead of letting it flow. When you do your job one day at a time, everything flows. I believe when you are after the money, the money will never come. But if you get up at 6 a.m. and work as much as you can in one day, one day at a time, by the time it’s been a month you’re going to have money in your pocket. It’s better to do what you like, and the money will come after. Today I say that I’m not after the money, the money is after me! Why? Because I’m working. 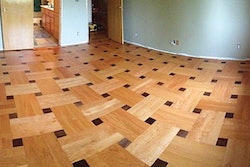 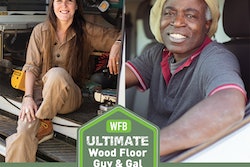 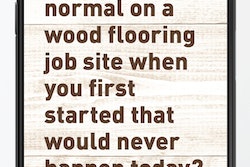 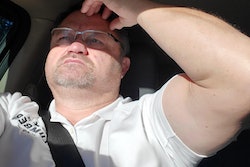 Wayne Thinking Out Loud: Top 10 Ways to Be More Detailed on the Job Site