It’s a Pandemic, and the Karens Are Out in Force 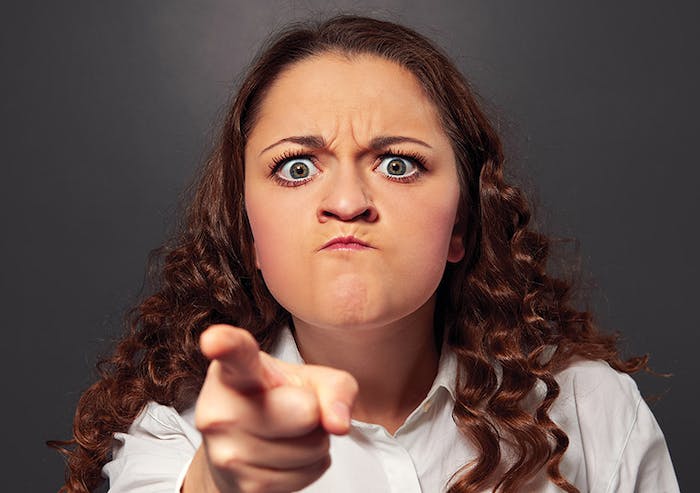 Between COVID-19 and the election, we're finding customers are just on edge—and also trying to avoid paying their bills. 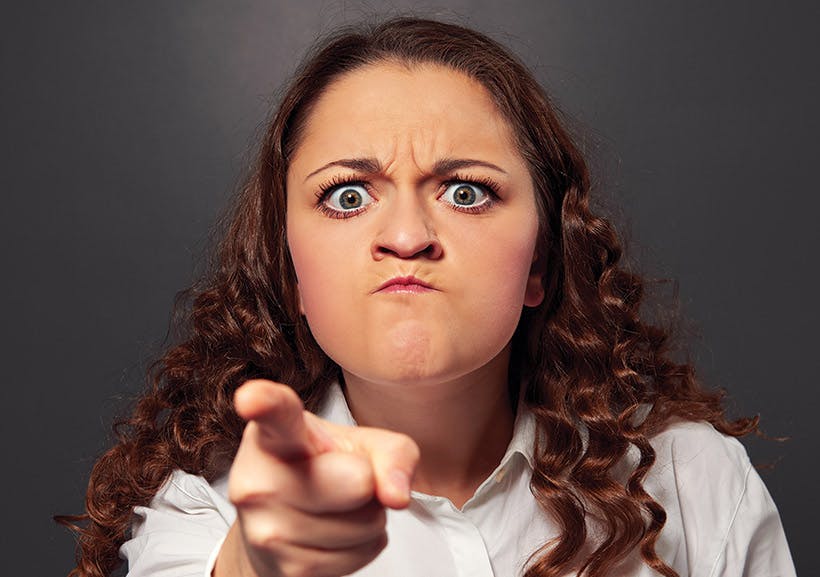 Between COVID-19 and the election, we're finding customers are just on edge—and also trying to avoid paying their bills.

In our lives as wood flooring pros, we have good days and bad days when dealing with the public. As 2020 goes on, though, at our company we find that between COVID-19 and the upcoming election, people are more tense than ever before. We've all seen videos of people treating someone in customer service badly—yelling at someone—and we're beginning to see that more and more in construction, which is unfortunate. I recently had an experience with a customer that made me thankful our company has many decades of experience in handling customers and customer conflicts. Because of that, I was able to defuse the situation and walk away with with our payment, but I think if our company were newer, it might not have ended so well.

The problem with this customer began on the final day of the job. We have standard contracts, and they spell out in detail what the payment terms are. An important part is that we are to be paid "upon substantial completion" of the job. That means that when we put the final coat on, we get paid immediately. We don't have to wait for them to inspect the floor the next day.

To help make this process go smoothly, on the day we are going to put the final coat down, we email our customers the final invoice so they have an accurate number for the balance to be paid. We also include a ton of information, including maintenance instructions for their wood floors.

This particular job was one that is our bread and butter—an existing home where we tore out the old carpeting, got the carpet tacks out and sanded and finished the wood floors. The homeowner was a young woman, and my father called her on the day of the final coat to let her know we would be there in a couple hours and to ask if she was going to leave the check on the counter. Suddenly, she started hesitating, and asking, "Um, well, I can't walk on the floor, how do I know it's OK?" To prevent issues like this, our usual practice is to do a walkthrough with the customer after the second coat. Most of our jobs have oil-modified poly, and once the second coat is dry, we walk through the job with the customer. At that point, the appearance isn't going to change—it will just have one final coat of finish.

My dad reminded her that she had just walked through the job the day before. Also, we're a small family business. We've been in business in this town for decades, and if something happens, like a fly falls in the finish, we'll go to the job the next day and take care of it. That's our reputation in the area, and people are willing to pay us a little more because we go above and beyond to make customers happy.

RELATED: Talk Back: What's the Craziest Thing a Customer Has Said to You?

At that point, my dad referred her back to our contract, which, again, states that we are paid "upon substantial completion." She said she would come to our shop at 10 a.m. the next day and drop it off. Perfect.

I was in the shop that day, and 10 a.m. came and went without her and without our check. Around 11 a.m., I called her and said, "Hi, I'm looking for [let's call her "Karen"], and I'm waiting for a check, do you have any idea when she might be here?" I could tell there was someone in the background, but I didn't know who it was. She started to repeat the same things she told my dad. I explained we were trying to be sure to catch up on payments and that since COVID-19, we've had more and more people trying to avoid or delay paying.

I could tell we were being played, but I suggested we meet the next day to do the walkthrough so we could get our check. She agreed, and everything seemed fine. I knew there were no problems with the job itself, so I wasn't concerned about that.

The next morning when I got to the house, the homeowner and another woman who turned out to be the mother got out of the car. Instead of walking toward the house, the mother came right at me and started to rip me apart. 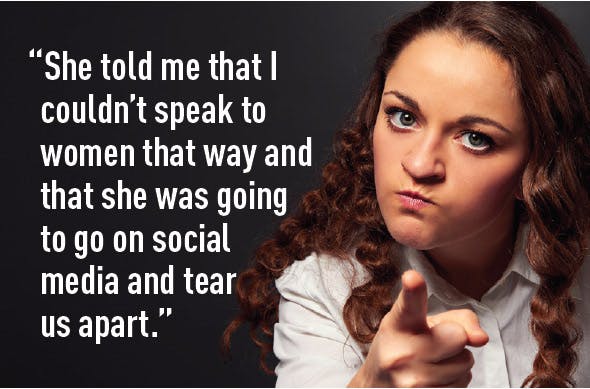 I've dealt with difficult customers before, but this was by far the worst. My heart was pounding, but I knew I had to stay cool and collected. She came at me yelling and screaming. She told me that I couldn't speak to women that way and that she was going to go on social media and tear us apart.

I didn't even understand what she meant. I said, "Whoa, whoa, what are you talking about?" and she yelled at me that I had been calling her daughter up and harassing her for money. I told her we're just a small family business doing the best we can to get paid, and I assured her I wasn't harassing her daughter. The mother said we were supposed to get paid at the end of that week—apparently that's what her daughter had told her—and I explained that wasn't true. Then she started to say there had been a "miscommunication." I began to get out my cell phone to show her a text from her daughter saying when we were going to get paid, and I told the mother that I didn't want to be pointing fingers about who was lying and who wasn't, and she said, "I never said anyone is lying, you better change your tone!"

I knew once that happened that no matter what, she would defend her daughter and there was no point in trying to argue. I suggested we go in to check out the floors, which is what we had gone there to do.

I then tried to lead them around the house while the mother was still ranting on and off, on and off. She started trying to nitpick things, like "This room over here is a little bit lighter than the other rooms." I explained that because that room had so much direct sunlight, the wood was bleached, which isn't always possible to entirely sand out.

RELATED: Talk Back: What's The Dumbest Thing You've Ever Said to A Customer?

Next she tried to point out some touchups on the baseboard. This is something else that is spelled out in detail in our contract—for refinishing jobs with old trim, touchups may be necessary and are the responsibility of the customer. Usually they aren't necessary, but we have to protect ourselves. She pointed out an area where there was some chipping on the trim and asked if they would be compensated for that. I told her no, and she went off again. At that point I pulled out the estimate and pointed out the itemized line stating that touchups might be necessary.

Eventually I guess she realized that, legally, we were protected. At that point she got sort of motherly and acted like she was trying to use this as a teaching moment for me, I guess because I still look young (I'm 30). Whatever her reason, I got our check.

Like I said, people right now are just on edge. Whether it's a customer like this trying to not pay us or a customer calling for an estimate and hanging up on us because we can't do their job immediately, we're having more encounters with rude people. The best we can do is be as professional as possible, no matter what, and make sure that legally we have everything in place to protect our business, pandemic or not. 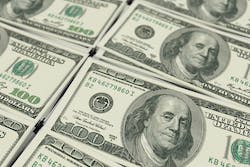 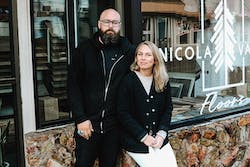 How We Made the Transition from Contracting-Only to Retail 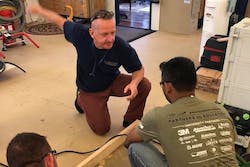 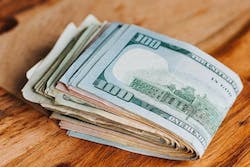