Wood Floor Mystery #6, Part 3: The Case of the Crawling Finish … AND Dishout! 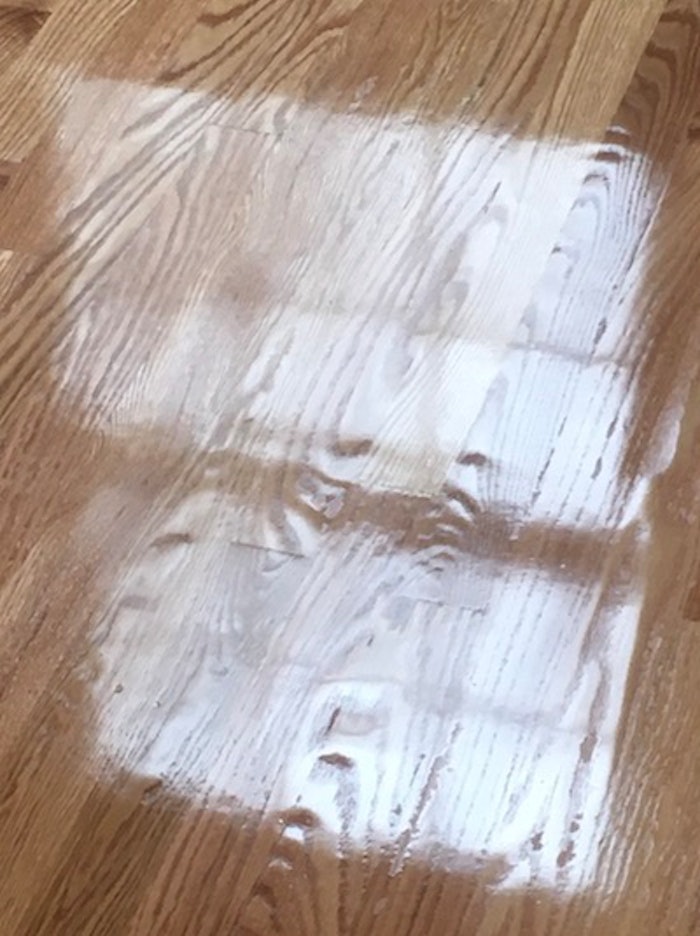 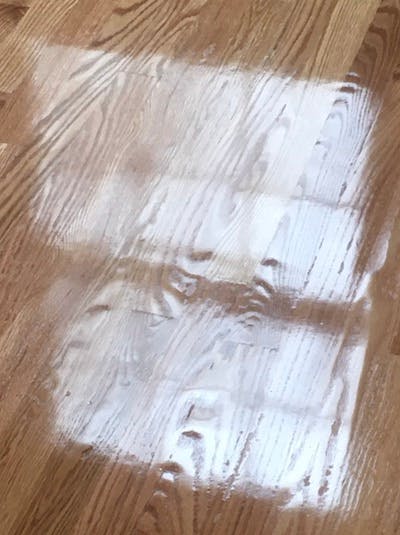 It has been said that repetition is the mother of skill … but it’s also a great way to mess up if no lessons are learned!

In our Mystery #6: The Case of the Crawling Finish, one of the things we learned late in the second attempt to set this floor straight was that the second flooring contractor had not only worked with but also trained the first guy to sand the floor. Although the second contractor had much greater success, it was at the stroke of midnight we spotted them bringing paint thinner in to tack the flooring, which is what we determined had caused the crawling in the first place.

After the floor dried and the owners had time to look over the flooring, they were delighted with the results and excited to start moving back in. That is, until I received the photo asking what would cause the floor to look “wavy” (see the photo at right). I also looked back at some texts and photos where I addressed this issue before even discussing the crawling. (After seeing photos from early in the project, I had sent a text to the homeowner directing her to read a Q&A on dishout from Roy Reichow in WFB.) All thought this would be remedied on the second sanding, but, like the crawling, it reappeared!

I’m sure 99 out of 100 wood flooring contractors might spot from the photos what the concern would be. I pose to our readers: Why does this red oak floor look, as the consumer notes, “wavy?” (I also made an attempt at asking this in Dr. Seuss fashion: What would you be purporting supporting a reporting explaining this oddly annoying flooring restoring?) Simply: ’Sup with this floor?

Ready with your answer?

Here’s what I discovered:

The first time the floor had a wavy appearance (with Contractor #1), it was caused by a multi-head rotary sander with fairly thick interface pads. Although the floor was resanded with a big machine by Contractor #2, he had the same approach (remember, Contractor #1 was trained by Contractor #2). He finished with heavy-grit screens on a red 1-inch floor pad on a buffer. The soft grain (springwood) had been sculpted or “dished out” of the red oak flooring in both sandings. A hardplate (what some people here call “steelies”) would have been a better choice. The dishout also provides an explanation for why the flooring kept sucking up finish—something no one had understood.

Unfortunately, dishout is an all-too-common problem (see Craig DeWitt’s blog “Where Are All the Hardplates?” and the comments on that blog). In this case, the homeowner decided to accept the floor as-is.

Keep them cards and letters and emails coming, kids. Stay well, stay safe, and sell some flooring, for all’s sake! 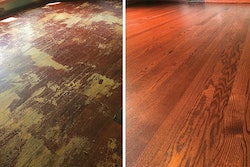 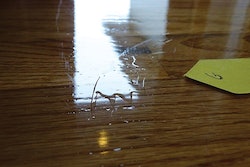 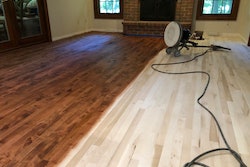